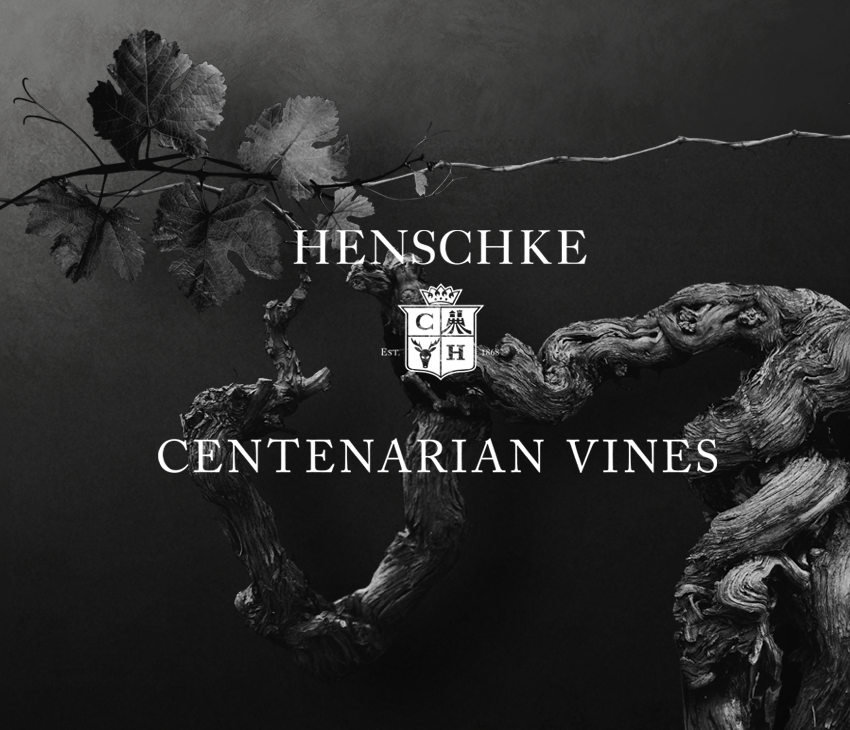 The 2014 vintage of Australia’s most revered single-vineyard wine Henschke Hill of Grace Shiraz, was released on 1 May 2019.

In celebration of their ancient vines, this year the Henschke family paid tribute to their incredible shiraz inheritance by releasing Mount Edelstone Shiraz 2015 alongside Hill of Grace Shiraz 2014. Pioneered by fourth-generation Cyril Henschke in 1952, Mount Edelstone was the first of his now prized single-vineyard, single-varietal wines with Hill of Grace produced six years later in 1958.

Hill of Grace and Mount Edelstone vineyards, both nestled in the undulating hills and valleys of South Australia’s Eden Valley wine region were planted around 1860 and 1912 respectively. They are among the oldest vines that contribute to the rich history of grapegrowing and winemaking in the area now defined by the ‘Barossa Old Vine Charter’. According to this charter a Centenarian vine is equal or greater than 100 years of age. The oldest vines, over 125 years of age are designated Ancestors.

“We are incredibly fortunate in Australia as a relatively young winemaking country to be able to make wines from some of the oldest vines in the world. Our dry-grown gnarled vines – Centenarians and Ancestors on the Hill of Grace vineyard were planted by my maternal great-great grandfather Nicolaus Stanitzki. Mount Edelstone was planted in 1912 by one of our close neighbours, Ronald Angas, descendant of English landowner George Fife Angas.

Both vineyards preserve a heritage lost to the old world when phylloxera raged through their lands. With Prue’s careful nurturing these ancient, ungrafted shiraz vines deliver wines of incomparable texture and complexity,” says Stephen Henschke, fifth-generation winemaker and current custodian of the Henschke vineyards.

The 2014 vintage of Hill of Grace Shiraz is the 56th release of this wine, first created in 1958 by Cyril Henschke, one of Australia’s leading pioneers of dry table wines, following his success with his first single-vineyard wine created in 1952, Mount Edelstone Shiraz. Cyril was encouraged by Sydney merchant Franz Kassel to enter the 1956 vintage in the Royal Agricultural Society Grand Easter Wine Show in Sydney. It won the hotly contested first prize blue ribbon – a grand victory for Cyril, the vindication of his dream and the proudest moment of his young life, as the 1956 went on to win every major wine show around the country.

Mount Edelstone 2015 is the 63rd release and arguably Australia’s longest consecutively-produced single-vineyard wine. The 16-hectare vineyard produced shiraz fruit of pure vibrance in the 2015 vintage – signature notes of sage, bay leaf and black pepper from a season that rolled out like a fairy tale – cool beginnings, a dry spring and soaking winter rains, followed by the delight of even-budburst and the enchantment of countless flowers turning into berries.

The tiny yield of Hill of Grace 2014 is comparable to that of the previous 2013 vintage. The 2014 season delivered both challenging and beautiful refrains; excellent quality though very low yields from the 4-hectares of shiraz growing on the Hill of Grace vineyard.

“We describe Hill of Grace 2014 as a vintage graced by beauty,” says Stephen. “Five years after watching the six shiraz blocks from the Hill of Grace vineyard transform from juice into wine in our open-topped fermentation tanks, we were captured by the beauty of the matured wine; with its complexity, interwoven layers and incredible length.”

Viticulturist Prue Henschke, Stephen’s partner in life and business, has nurtured the venerable Hill of Grace and Mount Edelstone vines for over 40 years. Prue’s inspiring nursery program at both vineyards continues to preserve the genetic origins of the best pre-phylloxera old vines and maintain them into the future. Prue has seen many benefits from incorporating organic and biodynamic principles, such as biodynamic compost, straw mulching and introducing native plants into the vineyards to encourage beneficial insects for pest management.

“Nourishing the land is vital for connecting healthy soils and healthy vines, producing fruit with vivid varietal flavours and gives the vines a buffer against climatic extremes,” says Prue. “Sustainability in the vineyards has always been our goal; we aspire to tread as lightly as possible on our land.”

“We follow in the footsteps of our ancestors as we continue to settle new vines into our vineyards in the Eden Valley and Adelaide Hills – constantly seeking and discovering a new universe of expressions in our wines,” Stephen says. “Our youngest vines planted in 2002, nebbiolo and tempranillo are still adolescents – energetic, ebullient, and rushing. One day they may be the patient Centenarians and our descendants will be pushing new boundaries of grapegrowing and winemaking.”

Henschke Hill of Grace 2014 and Mount Edelstone 2015 are now available through fine wine retailers, restaurants and the Henschke website and cellar door.