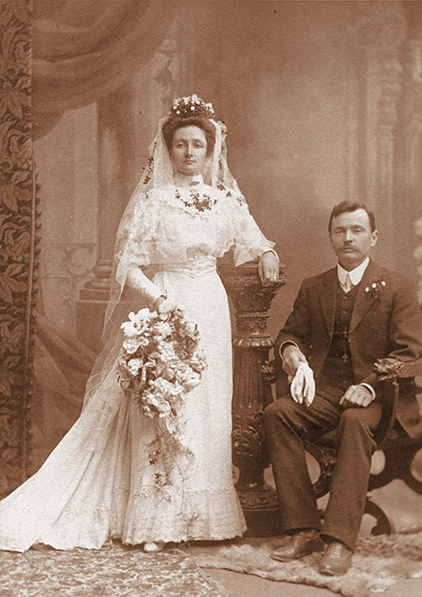 Paul Alfred Henschke was born on February 26, 1878, and educated at North Rhine Lutheran School. On leaving school he helped tend the family property, and for a time worked as a shearer, somewhere up north. In 1907 he married Johanne Ida Selma Stanitzki, whose grandfather Nicolaus Stanitzki planted the first block of shiraz vines on the Hill of Grace vineyard around 1860. They had eleven children, and it was their youngest child, Cyril, who would follow in his father’s footsteps.

After Paul Gotthard’s death in 1914, Paul Alfred took over the winery, farm and homestead. He extended the original cellars northwards, and had brick and cement fermentation vats and underground storage tanks installed. Until this time farming had been the main pursuit, but as the demand for fortified wine increased, more effort was given to increasing production and he expanded the vineyard acreage. He had also purchased considerable areas of farming land at Moculta, Angaston and Loxton so that his sons could be independent. Fortified wines were the popular choice at the time, but Paul Alfred continued to make dry red and dry white hock, and orders of barrels and stone jars called krugs were left on the steps of the Keyneton general store for customers to collect.