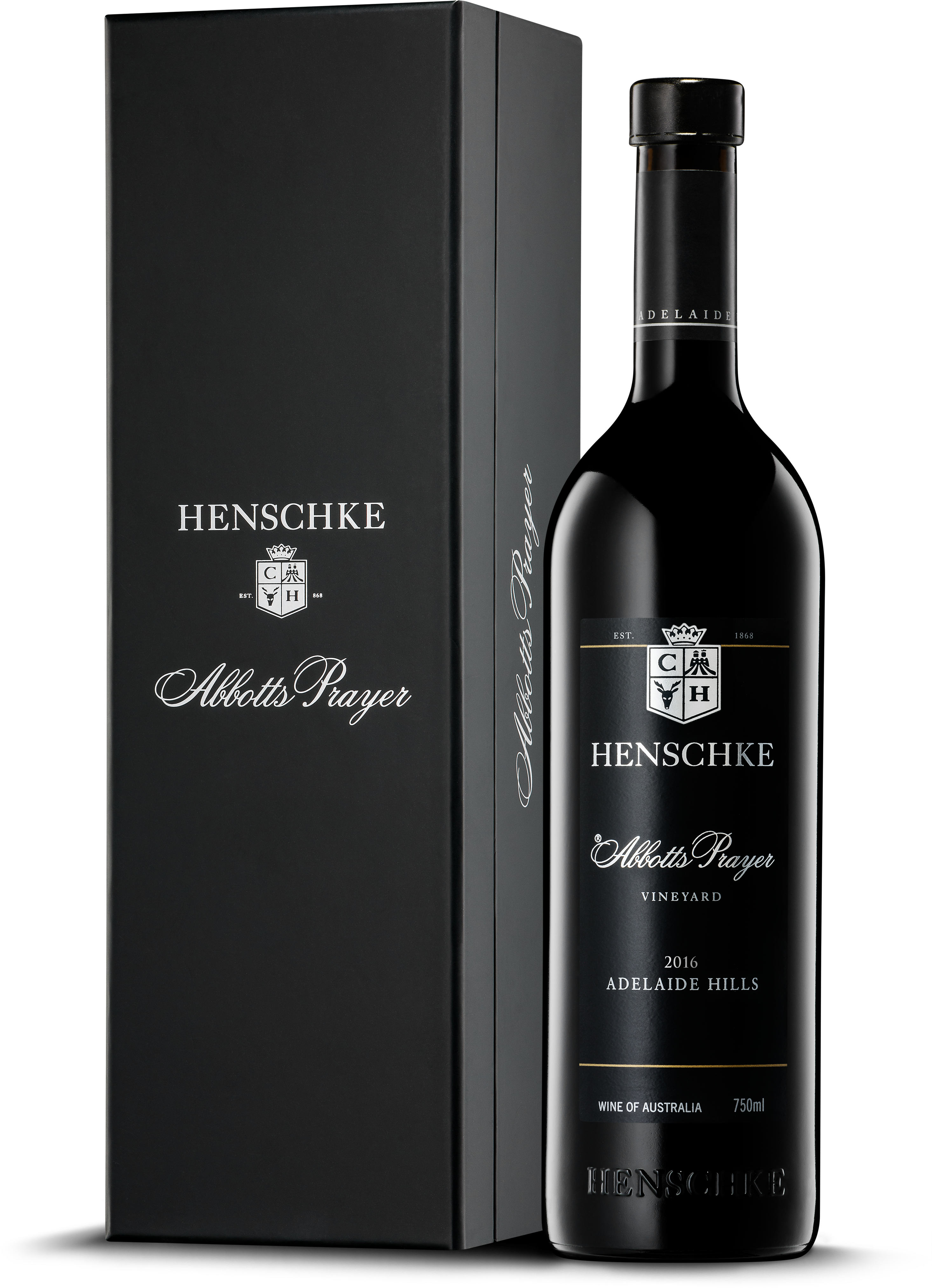 Very deep crimson in colour. Enticing aromas of blueberry coulis, blackcurrant, mulberry and cassis with fragrant nuances of forest floor, dried mint and a touch of cedar. The deep and concentrated palate of ripe mulberry and blue and black berry fruit flavours are complemented by notes of cedar and mocha, with balanced acidity and fine structured tannins providing focus and excellent length.

The vines flourished in the warmer vintage as might be expected, providing a wine of excellent depth and structure, the flavours of blackcurrant/cassis intermingling with savoury herbal notes. 95 points.

Harvest Date
13 March - 20 April
Maturation
Matured in 20% new and 80% seasoned French hogsheads for 18 months prior to blending and bottling.
Background
Fifth-generation winemaker Stephen Henschke and his wife Prue selected Lenswood in 1981 as a new vineyard site just 50km from the historic Mount Edelstone and Hill of Grace vineyards in the Eden Valley. At 550m, the slopes of the Lenswood vineyard offer not only beautiful views toward the old vine country, but also higher rainfall and humidity at the right time of year, cooler temperatures to retain natural acidity, and still enough sunshine to fully ripen the grapes. The Abbotts Prayer label links together the history, religion and pioneers of this mountainous region. The property along Coldstore Road, including the vineyards in the area originally known as Abbotts Flat, was established in the late 1800s and pioneered by the first settler, T N Mitchell.
Serving Temperature
17°C
Cellaring potential
Exceptional vintage, 25+ years (from vintage)
Download tasting notes
2016 2015 2013 2012 2010 2009 2008 2007 2005 2004 2003 2002 2001 2000

The 2016 vintage began with below-average winter rainfall, followed by a warm and
dry spring, which enhanced flowering and set to provide average to above-average yield
potential. Low disease pressure was maintained by one of the hottest Decembers on record, though temperatures cooled down in the New Year and rainfall around veraison in late January/early February brought relief to our early-ripening varieties in the Adelaide Hills, resulting in excellent conditions for natural acid retention and clean fruit. This was
followed by further rainfall in early March, which eased the stress on the late-ripening
varieties, allowing them to mature towards a predicted earlier harvest due to an early Easter. Open, light and airy vine canopies allowed for good flavour, sugar, colour and mature tannins to develop at harvest, which was overall characterised by average yields but very high quality.

"The vines flourished in the warmer vintage as might be expected, providing a wine of excellent depth and structure, the flavours of blackcurrant/cassis intermingling with savoury herbal notes."

“This is really delicious with crushed currants and dried herbs, such as thyme and rosemary. Medium to full body. Silky tannins and a flavorful finish. A blend of cabernet sauvignon and merlot.”

“There is fragrant elegance and fineboned refinement to the Cabernet of this cool, high site, delicately yet confidently expressed here in a style of energy and great endurance. Definition of blackcurrant fruit, violets and rose petals are laced together impeccably by a firm, fine tannin frame and lively high altitude acidity. Great potential.”

"Stunning aromatics. Crushed roses in volume. Apple juice, red and black berries, dried herbs and smoke. It explodes with scent and then backs it up on a plush, powerful, strung-with-tannin palate. It’s not deep in colour but it’s a wine of presence. Tannin profile here is fantastic. Aftertaste in terms of persistence is wow."

"Deep colour with the barest of purple tinges. The bouquet shows cedar and tobacco - cigarbox - the palate elegant and medium to full-bodied, with very supple and refined tannins, quite aromatic: a very lovely wine indeed. One of the best of this line that I can recall. It is very St-Émilion-like. Great balance, texture and persistence."