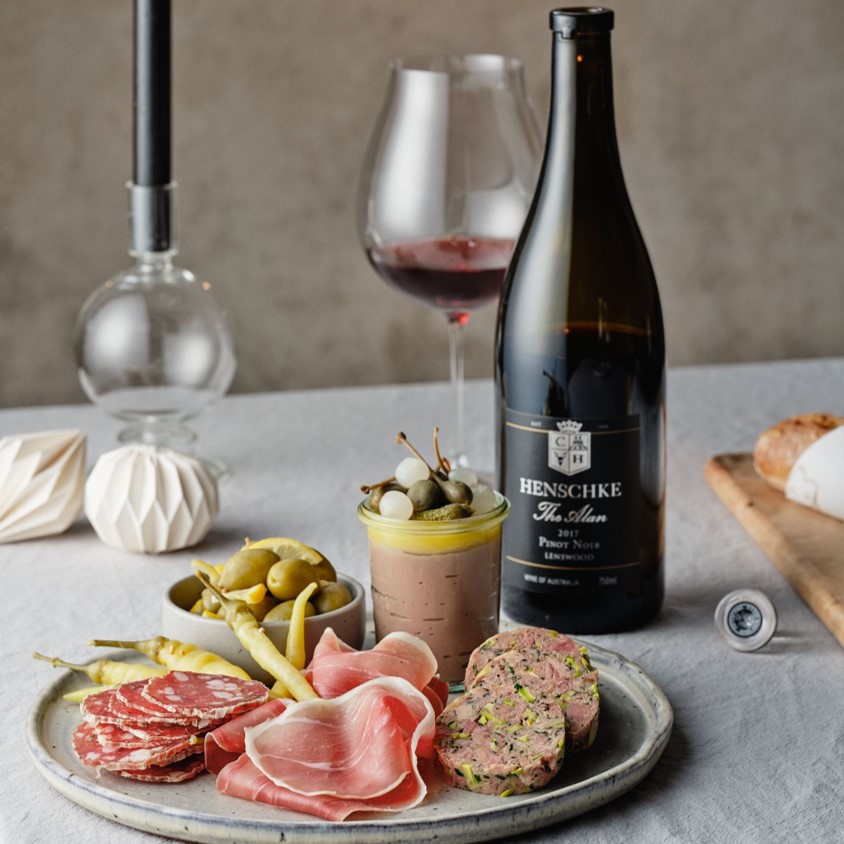 Place the ham hocks into a large saucepan with the roughly chopped vegetables, bay leaves, parsley stalks (reserve the finely chopped leaves) and spices. Cover with cold water, bring to the boil, then simmer for 3-4 hours or until the ham is very tender. Remove the hocks from the liquid and allow to cool slightly. When cool enough to handle, remove the meat from the bone, discarding skin and gristle, and shred into a bowl. Add vinegar, pistachios, chopped parsley and 150ml of the cooking liquid. Mix thoroughly to combine. Roughly divide the mix in half. Place two overlapping sheets of clingfilm (about 40cm²) onto the kitchen bench, place half the mix onto the length of clingfilm closest to you, leaving 10cm on either end. Roll the mix into a firm sausage shape in the clingfilm, twisting the ends to seal. Repeat with the remaining mix. Refrigerate overnight to set.

To Serve
Remove set terrine from fridge, using a thin sharp knife slice through the terrine, wiping the knife between each cut. Serve terrine as a part of a charcuterie board or as an entrée with a simple green leaf salad.