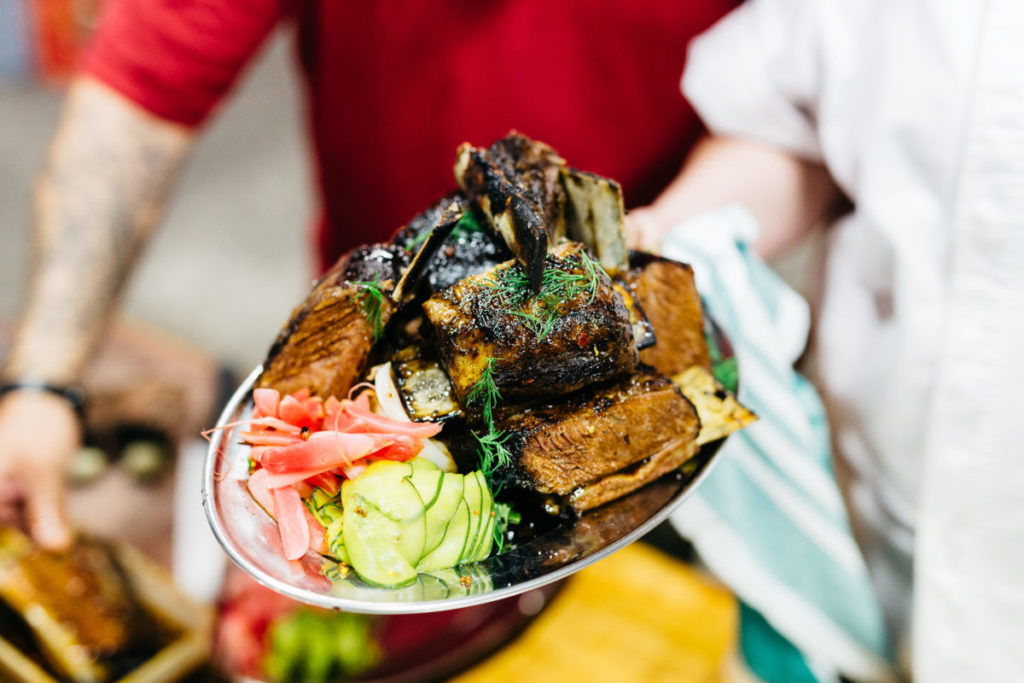 “N’Dole originally uses morogo, a wild African spinach, although this dish has variations from southern to western Africa. Remnants of the dish can also be found in the southern parts of America.

The Abbotts Prayer Cabernet Merlot is a perfect match with the roasted rib. The length and acidity cuts through the caramelised fat and seasons the beef with hints of sage oil and its deep berry characteristics.”