The elemental forces play like instruments, creating their own symphony for each season. As custodians nurturing the vineyard, the weight of our boots breaking the soil makes our footprints seem large, but nature always reminds us that our part in this orchestra is small.

There are sure notes in nature. Night follows day, seasons inexorably change, but in the midst of harmony there can be discord. In early spring, polar air swept across Australia’s southern land, freezing first buds before they burgeoned into shoots. In summer, grasses trembled and bent before harsh winds that reduced flower set. Thankfully quiet returned and flowers became berries, blooming as ever, slowly building in beauty.

Fear visited when the mid-summer crackle of bushfire howled past neighbouring lands, but within days a welcome ocean of clouds carried a cacophony of thunder and rain that lashed across the Eden Valley, quenching the dry land and balancing the ripening fruit on our ancient vines.

Autumn brought sweet light and warmth. The full moon cycle put Easter late in the season, making this one of our longest vintages. We hand-harvested the grapes. Listened as yeast transformed juice into wine in open-topped fermenters built by our ancestors. Five years later we marvelled at the beauty of the matured wine; the interwoven layers delivered by the earth’s hand to ours, and heard again the vivid music of its creation.

From a year of both challenging and beautiful refrains, we are delighted to share our 2014 vintage of Henschke Hill of Grace.

Mount Edelstone was first planted in the mind of fourth-generation English settler Ronald Angas when he fell in love with French reds while studying at Oxford. A grand vision was born for his family lands in the magnificent undulating hills of the Eden Valley, South Australia.

Angas dreamed of an extraordinary carpet of shiraz rolling up the hillside; a radical idea among the neighbouring vineyards that were all planted with multiple grape varieties. Even Hill of Grace had a mix of vines. It was on the polo fields that he found the friendly connection to supply him with the grape vines to fulfil the dream. The cuttings originated from James Busby’s selection of the early 1830s from the finest vineyards of France, including Hermitage.

Planted into the earth of a hillside covered in wattles, the vineyard was named Mount Edelstone, from the German word Edelstein meaning gemstone; a reference to small yellow opals once
in the area. The shiraz vines now 107-years-old, preserve a shiraz heritage lost to France when phylloxera swept across the land, destroying their vines.

Sixty-three vintages followed, as Mount Edelstone Shiraz became acclaimed for its quality and longevity, and the sculptured vines, gnarled and twisted by time, became centenarians. Fifth-generation husband and wife team, winemaker Stephen and viticulturist Prue, brought new vigour to the vineyard when they became custodians in 1980, applying biodynamic and organic practices that see the old vines bursting with health and vigour.

In the vineyard facing the dawn light, Mount Edelstone fruit today gleams with purity, a luminous reminder of a French heritage, long-lost golden wattles, and the yellow opals of another era.

The 2015 vintage rolled out like a fairy tale; cool beginnings, a dry spring and soaking winter rains, followed by the delight of even-budburst, and the enchantment of countless flowers turning into berries. Well-balanced canopies shaded and illuminated in mild, dry conditions. Summer arrived with a burst of extreme heat but was followed by glorious rain and cool, dewy autumn mornings, refreshing the vines with moisture at the perfect time as the maturing berries built in colour and flavour intensity.

The harvest delivered triumph in fermenters of the deepest crimson; vibrant, spicy notes of sage, bay leaf and black pepper filling the stone walls of the wine cellar, enthralling fifth-generation Stephen as much as they ever had his father Cyril.

Each vintage capturing a singular moment in space and time; Mount Edelstone 2015 can be described as pure vibrance. 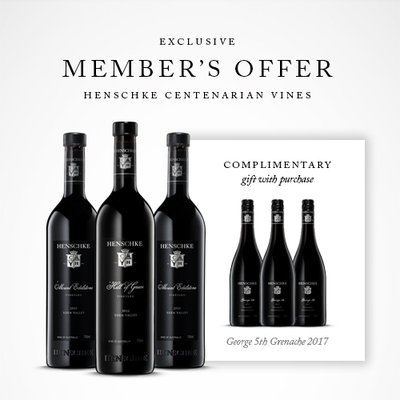 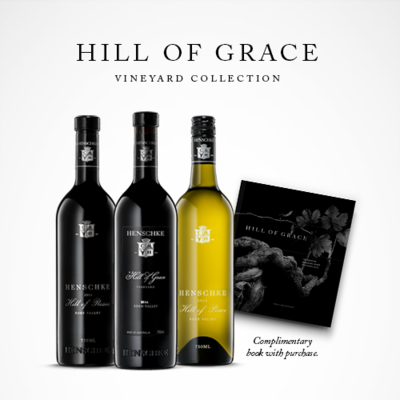