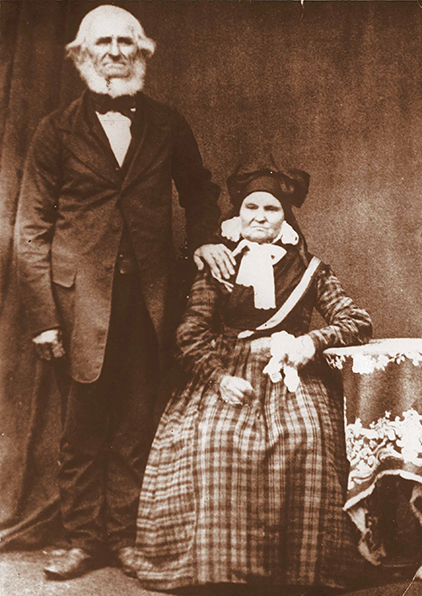 Johann Christian Henschke, born on December 24, 1803, departed from Kutschlau in the province of Brandenburg in the summer of 1841, and after an ill-fated 98-day voyage aboard the Skjold, arrived in South Australia on October 27. His wife Appolonia Wilhelmine, and six-year-old son Johann Friedrich Wilhelm died during the voyage and were buried at sea; nine-month-old daughter Johanne Luise died while they were awaiting departure from Hamburg. Johann Christian’s brother, Johann Martin, and his family also made the journey aboard the Skjold, while their other brother, Johann Georg, and his family followed on the August in 1856.

Upon arrival, with his two surviving children (Johann Gottlieb and Johann August), Johann Christian stayed briefly at Klemzig and Hahndorf, before settling for a time at Lobethal in the Adelaide Hills, where in 1843 he married Dorothea Elisabeth Schmidt, with whom he was to have eight more children. In 1847, after Johann Christian and many of the other Lobethal founders became naturalised and eligible to purchase land, he and his family”settled at Krondorf village near Bethany in the Barossa Valley, where the house and outbuildings still stand today.

In 1862 he purchased land in the North Rhine district (later renamed Keyneton) of the Barossa Range, so named because it was thought the area was capable of producing good quality wine. Initially travelling by foot from Krondorf to North Rhine, he started to develop his property by adopting the traditional self-sufficient farming methods of his homeland, and with the help of his son Paul Gotthard, planted a small vineyard. A farmer and mason by trade, Johann Christian built a small two-storey cellar into the side of the hill for the first vintages of riesling and shiraz, with the first sales in 1868.