What differentiates the Archer’s Vineyard Chardonnay from the Croft? - Henschke 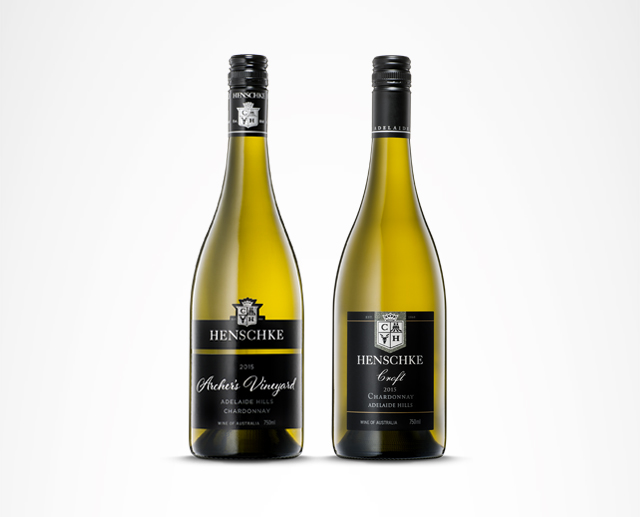 These two stunning single-vineyard chardonnays are the result of a long project of patience and planning by Eden Valley-based Stephen and Prue Henschke.

This 30-year research and development project in the Adelaide Hills, was inspired by Stephen and Prue’s experience living, studying and working in Germany during the 1970s and their contact with varieties suited to cool-climate conditions, such as chardonnay and pinot noir. On their return to South Australia, they decided to find suitable land which would favour high-quality plantings of these varieties and settled on a site near the village of Lenswood, which at the time was surrounded by steep slopes of apple and pear trees.

They began the pain-staking, pioneering work of sourcing the best-quality clonal material from France and Australia, applying their scientific rigour to the vines over many years and making small quantities of wines that very few people would find out about for decades. Their ideas had support from winemakers on neighbouring properties and other cool sites dotted all over the high country of the Adelaide Hills.

After 30 years, over 25 vintages have been produced of chardonnay, pinot noir and the much sought-after merlot blend Abbotts Prayer. Stephen and Prue believe that their chardonnay vines have now reached their pinnacle of quality with the 2015 release of Archer’s Vineyard and the 25th anniversary vintage of their reserve chardonnay, Croft.

Named after Mary and Alan Archer, previous owners of the property where some of the impressively-steep parcels of chardonnay were planted in the 1980s. The Archers were well-known in the fine wine and dining community in the nearby city of Adelaide, where they spear-headed a renaissance of food and wine culture in the 1970-80s with their institution, Chessar Cellars. This wine shows all the hallmarks of classic chardonnay while being extremely approachable on release.

In the early 1900s Frederick Croft and his family, orchardists on the same land where the Henschke Lenswood vineyard now lies, discovered the region’s favourable conditions for apple-growing. Many have commented over the years on the custard-apple flavour complexity of the Croft chardonnay and one can only ponder how these fascinating grapevines, planted on the slopes of Lenswood, are able to perform the magic of transforming flavours from their terroir into a completely different form. The Henschke family recognise that capturing this unique flavour and expression in the wine and balancing it against pristine acidity, layers of texture and structure from the highest-quality French oak, elevates this wine to the top of its class. What is seen in the wine on first release will integrate elegantly with time to mature in bottle. This single-vineyard Croft certainly is, in its true meaning of the word, a unique ‘small field’.