History of The Eden Valley Region

During colonisation in 1838, chairman of the South Australian Company, George Fife Angas, commissioned mineralogist Johann Menge to explore the area, and on receiving his promising reports, purchased the seven surveys of the Barossa Range land. This began a trend of bigger land holdings, largely amongst other English settlers, one of whom was Joseph Gilbert. Gilbert established the first vineyard, Pewsey Vale, on his property in Eden Valley in 1847.

Henry Evans, son-in-law of George Fife Angas, soon followed in 1853 at Evandale, near a village known today as Keyneton. Unfortunately, Henry’s wife Sarah was not cast from the same mould, for upon his death in 1868 she followed her temperance convictions and had the winemaking grapes either grafted over to currants or removed and replaced with apple trees.

While some things have changed over time, much of the land in Eden Valley still remains with the families of these early settlers.

The Barossa Range lies in the South Mount Lofty Ranges, a north-south range. Eden Valley lies within the Barossa Range and consists of river valleys and undulating hills covered with large gums, rocky outcrops and Aboriginal sites. It is a high-altitude area of between 400 and 500m, compared with the Barossa Valley's elevation of 200-300m. This higher altitude, with its one to two weeks' later ripening pattern, results in more distinctive varietal flavour characteristics and higher acidities, due to the increased continentality. Altitude is important in determining mesoclimate, or site climate, although aspect and slope are also important in this varied, hilly terrain. Thus, Pewsey Vale at the southern end of the valley, at 500m, is appreciably wetter and cooler than the Henschke vineyards around Keyneton at an elevation of 400m. Overall the growing season temperatures are significantly lower than those of the Barossa Valley, with the final stages of ripening taking place in much cooler conditions. The higher vineyard sites are generally better suited to whites than red varieties.
+

The Henschke Gardens of Eden

An Icon Within this Region

A VINTAGE GRACED BY THE LUMINOUS MOON 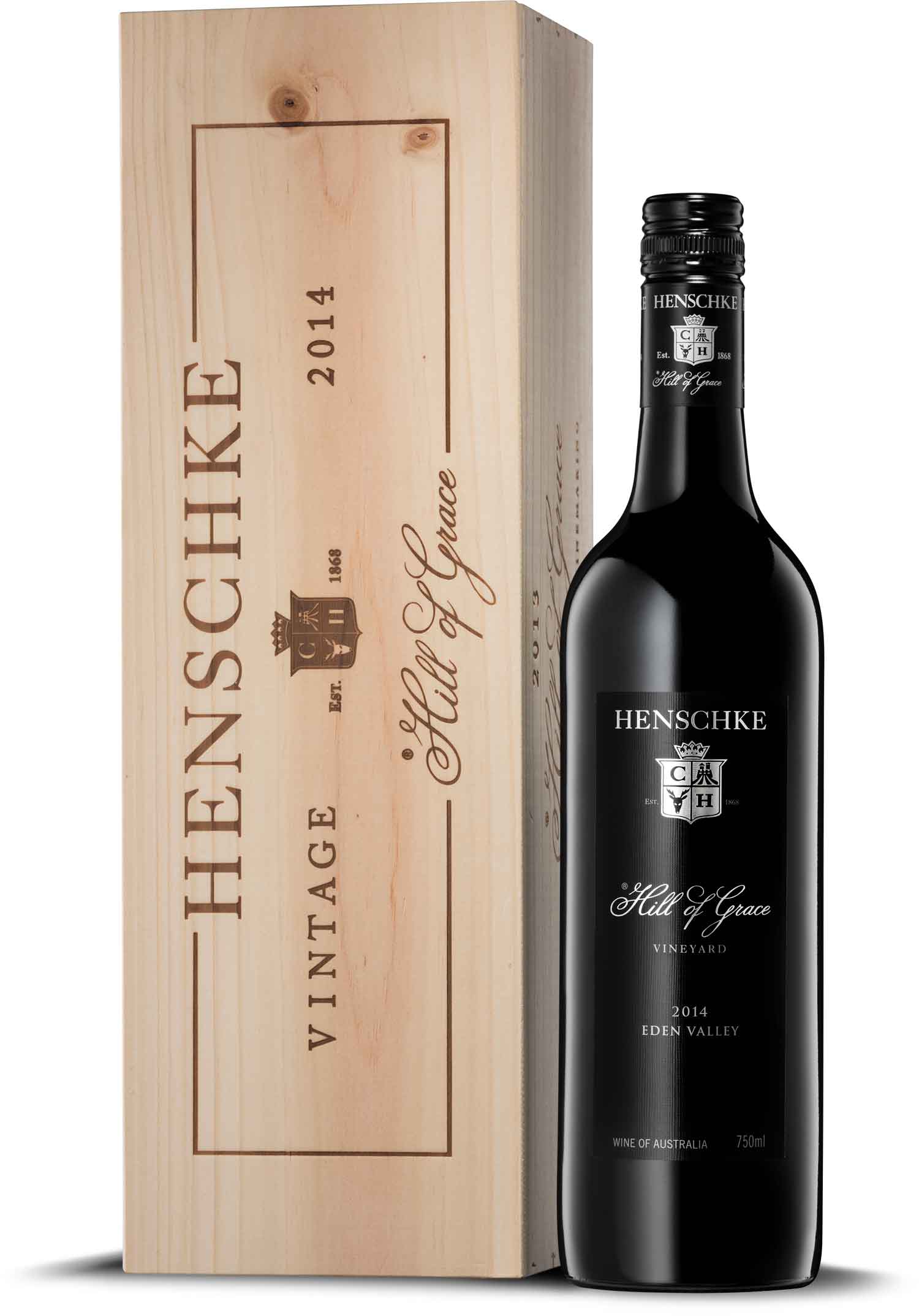 "A significant vintage for Hill of Grace, as the last 2015 red to leave the Henschke cellar, and a wine that delivers on every ounce of its promise and then some ... A collector’s dream."
- 100 points, Nick Stock, JamesSuckling.com, 28 April 2020

"It has architectural style with clean lines that build and ascend out of the finish. Long, spiced blackberries and dark plums are extruded in formation with such finesse and power"